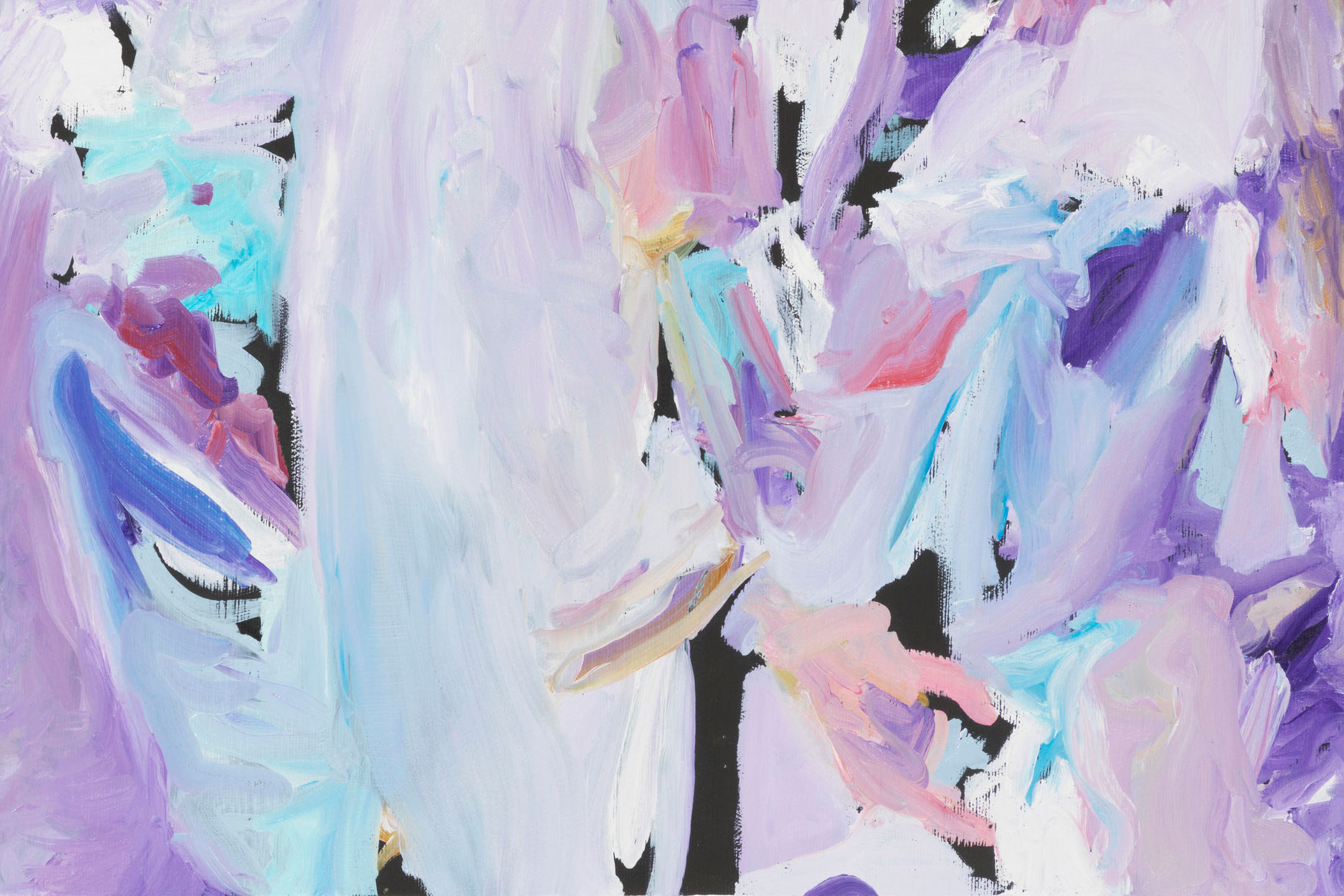 Julia Muggenburg is delighted to announce the representation of Morten Skrøder Lund on the eve of his second solo show at the gallery: ome, together with work by Carl Buchheister (1890 – 1964).

Can a painting capture a moment in time before the moment dissolves?

Morten Skrøder Lund is labouring over canvassed surfaces in order to respond to this self-imposed chore. His canvases use colour and shape outside aggregates of abstract or figurative ideas. Many 20th Century painters have extensively dealt with these alleged opposites, but Skrøder Lund seeks his thrills outside outmoded criteria, melding polar positions into a seemingly momentous painting. Forging ahead, the artist is looking to create situations and compositions, where an openness allows his forms to dissolve into a perceptible transient instance.

Any work which may have taken Skrøder Lund some time to complete, due to it lying fallow and only worked on again after an incubation period, suddenly picked up on and completed. Here the studio becomes his laboratory for the play of instinctive, gravitational forces. A place where transgression is documented in terms of a magnified microcosm. Glimpses of what appears to the viewer to be a blink of a memory becomes also something familiar, each work can veer between the flat and the blazing.

Each painting is visibly segmented by the artist, wishing to capture this vital and distant moment frozen in time, amplified by colour perpetually tangible and visible. Expressive gestures and experimental endeavours which sometimes include foreign bodies and alien matter being applied onto the surface are all characteristic as to how far the artist is willing to go; forever different to one another, often rhythmical facets of a universe.

Carl Buchheister, pioneer in his time, explored painting through texture, surface and materiality. Despite being placed under Malverbot, the period during the Third Reich in which certain artists were forbidden to paint or sculpt, the artist went immediately back to his practice and continued to explore the early compositions he repainted and interpreted multiple times over his lifetime. He touched on Dada, Bauhaus, Early Abstraction and Constructivism as well as instigating the introduction of materials, such as acrylic glass and aluminum, to the flat surfaces of painting. ome seeks to explore the two artist’s practice alongside one another, presenting Morten Skrøder Lund as a lateral painter attempting to project his work further.