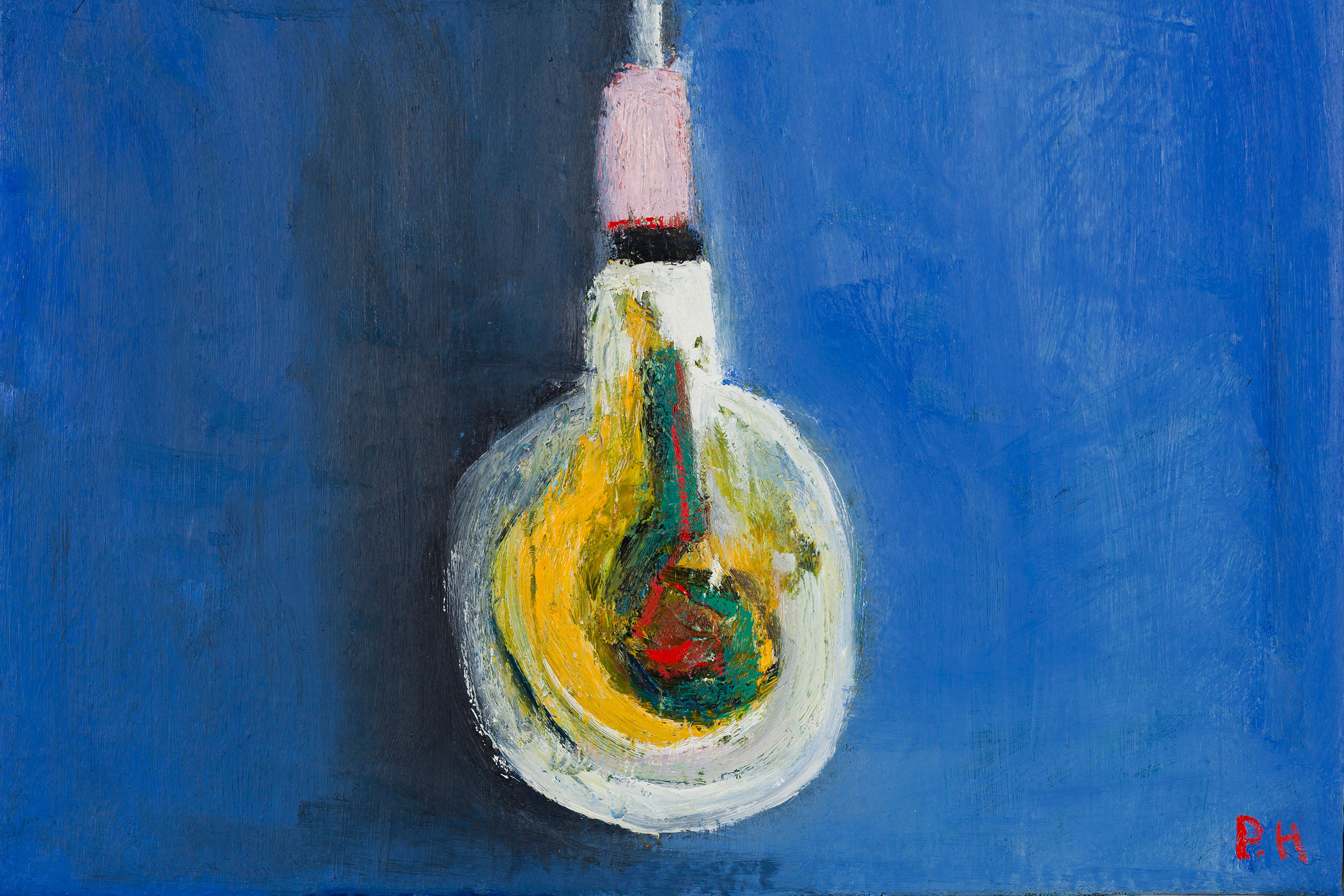 Journeys to the Interior

Paul Housley’s short poem The Painters Boast provides us with a good introduction to his latest solo show, Journeys to the Interior, at the Belmacz gallery. The poem is an ode to the artist’s craft and a romanticised take on the solitary life of most painters’ studios.

The works in Belmacz summer show concentrate on depictions of the artist’s studio. Though not finely rendered or accurate architectural depictions, these paintings are imagined, psychological studies of where worlds both expand and contract. The exhibition investigates what an artist wants to depict in their work, their interior dialogue, and what occurs with each working day. Housley also explores how artists in their studios address the accumulation of time, and the endless hours invested pursuing the indefinable. The paintings are littered with the tools of painter’s crafts along with the ephemeral contents of their studio. These objects have been gathered over many years, and are kept as ‘familiars’, good luck charms, or actual practical components to be used in the making of work.

Each work describes the ebb and flow of time, the shifting components of atmosphere, light, success and failure. The studio is a place of light and shadows, of things briefly glimpsed and of objects acutely studied. It is many things: a retreat, a factory, a sanctuary, and sometimes a self-imposed prison. The work talks of flux, and the chaotic nature of the studio, and the desire to make some kind of order and sense of the hours spent in pursuit of creative freedom. It also deals with the notions of the artistic ego, which is seen both as a necessity and a burden.

There is a scene in the final moments of the 1957 sci-fi film The Incredible Shrinking Man, where the protagonist who has been gradually shrinking throughout the story, reaches a point where he is about to become infinitesimal and disappear into his environment. He is becoming a part of the universe, and at this moment he accepts his fate, and is at ease with himself and his place in the cosmos. In much the same way, the artist accepts his role in the solitary pursuit he has chosen and is comfortable with his desire to journey into the centre of his interior life and in someways ‘disappear’ where life and work are so intertwined that it becomes impossible to separate the two.