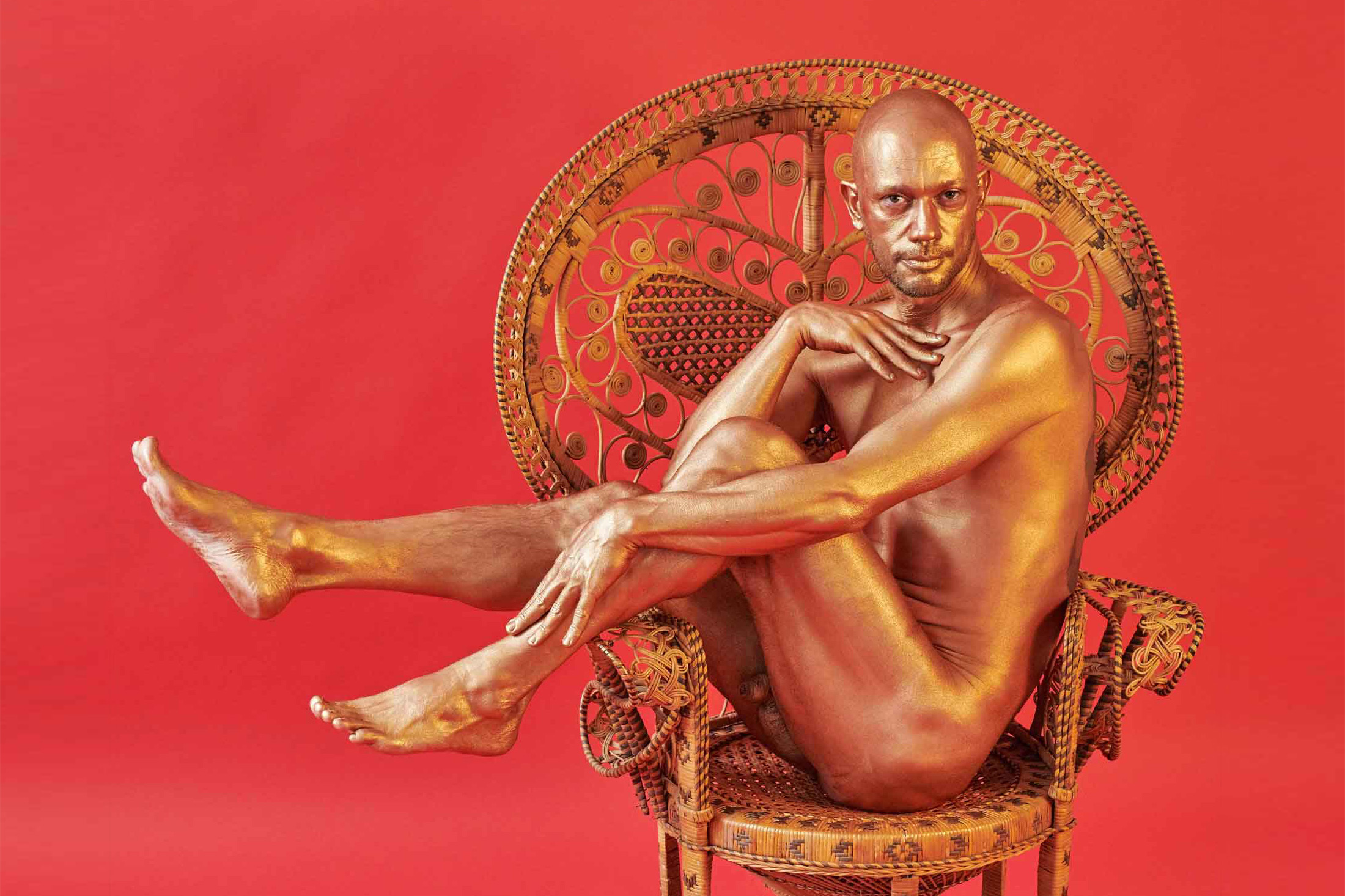 as you are he as you are me. And we are all together

Belmacz is delighted to announce Jakob Lena Knebl’s first UK solo exhibition.
I am he as you are he as you are me. And we are all together
will establish a space of desire and transition.

Are you trying to be provocative?
No. I am trying to invite!

Is there hope for Austria?
There is always hope. But the question is, not only in Austria, but worldwide — will there be a radical motion away from surreal capitalism.

Is there a relationship between sex and art?
Desire. Attraction. Rhythm. Focus and irritation.

If you could bring something extinct back to life, what would you choose?
1968 and the moments when I first was discovering things, when I was a child and in my youth.

Whose histories do you redeem in your work?
Youth culture and the liberation of women, queer people and the working class. Also, fetishism.

Who would play you in the film of your life?
Philip Seymour Hoffman, if he would still be with us.

I am questioning how identities, bodies and norms are co-constructed through genres and disciplines, materials and media, content and context in my multimedia works. In the field of art and design, I look to methods of humour, transformation and entanglement.

My first solo exhibition at Belmacz, London, is titled I am he as you are he as you are me. And we are all together – a line taken from I Am The Walrus (1967) by The Beatles. I am creating a “room of desire”, a general term describing my artistic tendencies towards scenographic pieces. Here, I have transformed into a Richard Lindner icon and merged with the aesthetics of the Yellow Submarine, together with my anthropomorphic soft sculptures, overlooked by Emmanuel the male muse (dressed in lingerie).

The dominant approach within my practice is to engage with art, design history and authorship, communicating with diverse audiences beyond art institutions.

Jakob Lena Knebl (b.1970, Baden, Austria). Her practice intersects the language of fashion with art historical argumentation; recent works have intervened with the compositions of other artists, historic and present, as well as playing with objects of contemporary European culture and otherwise.