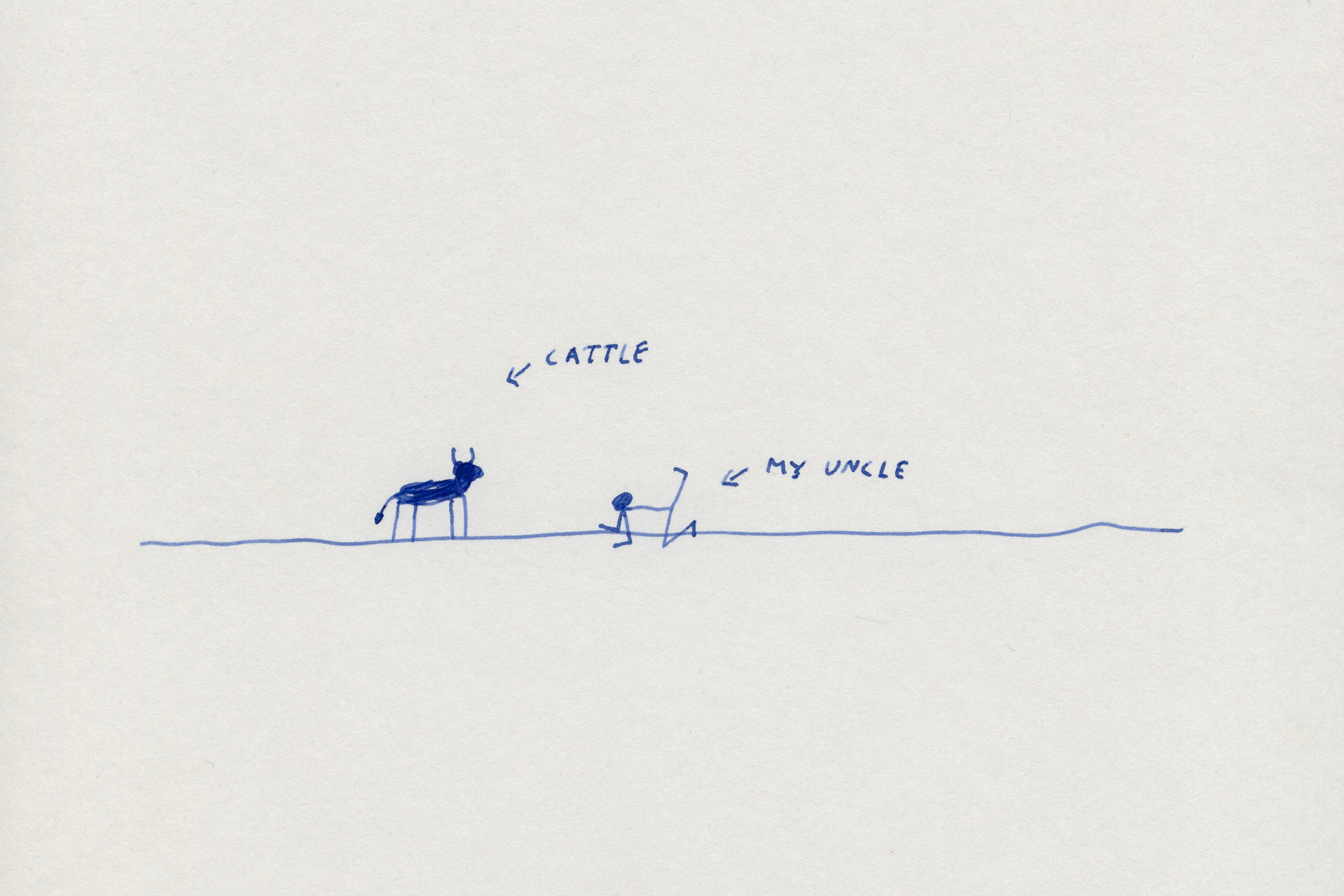 Belmacz is delighted to present the first solo exhibition of Gernot Wieland in the UK.

In examining the conditions of fact and fiction, between dreamscapes, reality and the neuroses of recollection, Gernot Wieland unravels the stasis of the past. Deciphering the manners by which we dissect our individual histories, the artist questions how the wistful reveries of nostalgia both affix and displace the textual layers of our imagined selves. Memory in Wieland’s films is not something passively inert; instead it vibrates with agency and life, surging into the present.

Ink in Milk is Wieland’s most recent film – a knotted string-figure of histories, fictions and images. Through the flickering vignettes of a schoolboy trauma, visits to a friend at a psychiatric institution and encounters with animals, Ink in Milk exposes the anxious, web-like structures that underpin the tragicomedy of existence. The artist’s narrative is accompanied by a series of schematic, childlike diagrams, line drawings, ink paintings, plasticine animations, and crystalline sculptural forms, punctuated with super 8 film clips. Sometimes these images illustrate the narrative voice as gathered evidence; at other points they are oblique documents, disrupting chains of causality.

Not becoming overly distracted with its bold psychoanalytical concerns, however, the painterly poetics of the artist’s work communicate curious and solemn insights into the phenomenon of our everyday lives. Amongst other threads, the film recounts a village population’s growing fixation of forming crystal-like structures with their bodies: they lay down their tools to imitate crystals for days on end, hoping to empathetically alleviate fear, sorrow, agony and mourning. Wieland seemingly imagines these healing crystalline interventions shattering the homogenous and empty linearity of history, disrupting work and capital with trauma and emotion.

Obsessing over the lineage of the twentieth century, particularly the historical and scientific remnants of its shifting paradigms, Wieland hopes to reveal how the dominant ideologies of the previous century have been violently integrated into the psyche of the Europeanised subject. If one really is spoken into its very existence within – in the Lacanian sense – the Symbolic Order, Wieland proposes that we contemplate the subject in relation to its own specific vernacular and dialectical trace.

Wieland’s films are often projected onto domestic objects within his exhibitions; In Ink in Milk, a classroom cupboard. The very act of projecting – directing calculated trajectories of light to form a concrete moving image – is hence rendered quizzical and pensive against the artist’s narrative tendencies. We are asked to position our bodies within his narrative, to become entangled. Wieland conjures images and stories of that speak with urgency through menacing, yet ultimately poetic and darkly humorous, acts of dissociation.