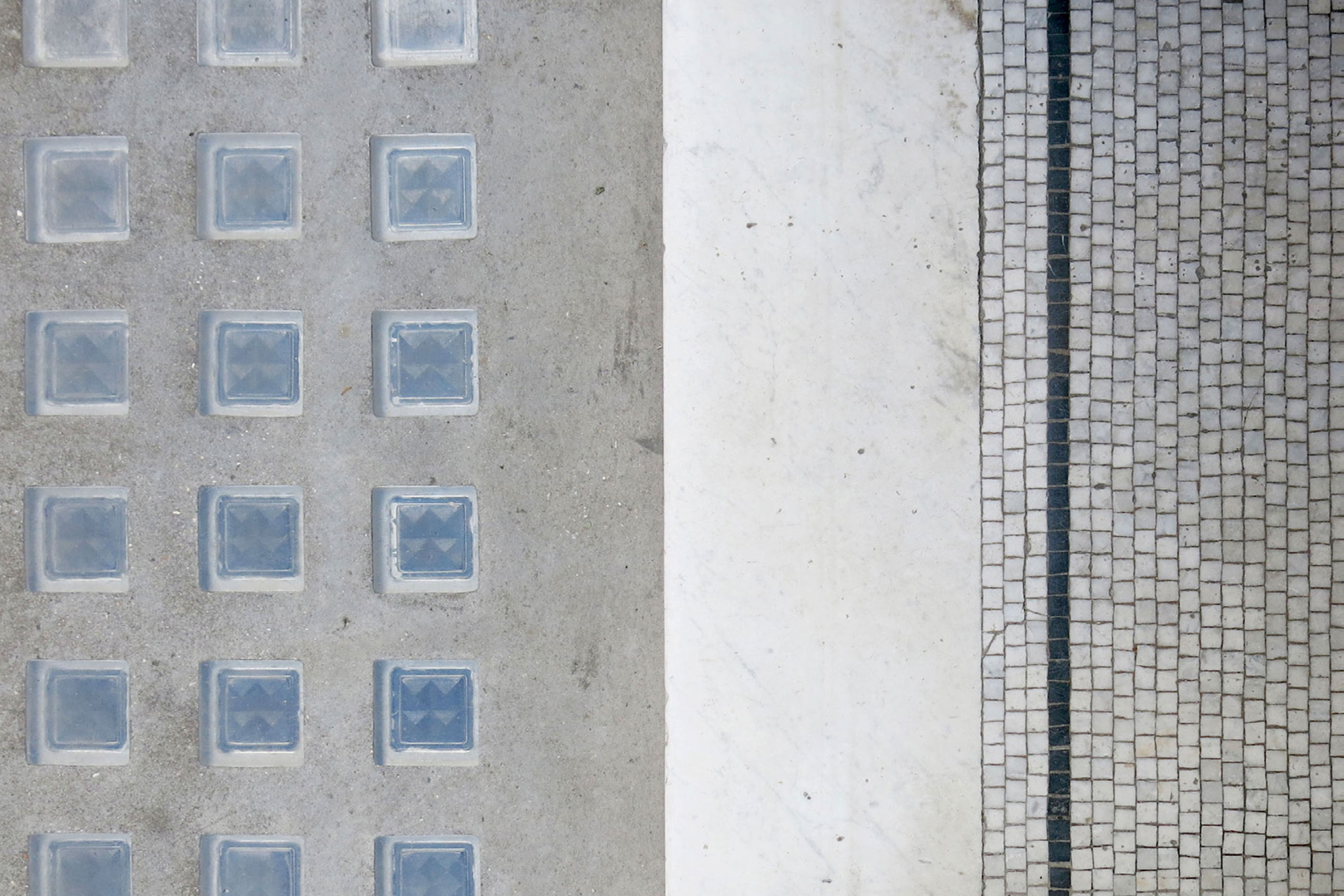 “In 1921, when Klee came to the Bauhaus, he installed himself in a studio next to mine. One day I heard a strange din, as if someone was stomping rhythmically with his foot”, recalls the artist George Muche. As Klee paced about his studio his work was accompanied by a rhythmic, energetic metre that announces artistic activity, experiment and physical action. Such anecdotes of noisome pacing, leaping, tapping and tripping highlight the overwhelming power of our feet to put us in step with new ways of doing and making. Herbie Hancock exhorted his feet not to fail him because they are extremities which bring the contingencies, limits, and extremes of artistic desire into embodied action, signalling a thrilling sense of physical collaboration and autonomy.

The exhibition at Belmacz brings together artworks that represent shoes in their manifold meanings. Like Klee who used to walk around his studio, let’s imagine the artworks in Feets, Don’t Fail Me Now as ‘shoes,’ taken off by the artists at the end of a productive day. What seems to be an exercise in still life unwraps the temporalities and spatialities of the use of shoes, their making, their movement and the conditions of their immobility. Shoes come as a pair but exist on their own; they are functional objects but can be descriptive, decorative, sculptural and desirable; they partly embody the past action and facilitate thinking invested in an artwork. As things compelled to move, the still life of shoes moves us to challenge economies of fashion, display, desire and necessity.

Renee So’s giant Boots stand around the gallery, as if they were left behind by a fairy tale giant, referring ironically to what can be masculine but simultaneously the exaggerated size of the boots and their shining glaze suggest the possibilities of an object to become something other than itself while maintaining its shoe nature. Somehow similarly, the paintings of Paul Housley are an exercise in observation, recalling Vincent van Gogh’s A Pair of Shoes (1886) which depicted a pair of dirty boots after a day in the fields (or in a studio?), made of leather, nails and soles; while also the paintings of Philip Guston; in all these examples shoes are the sole characters of an interrupted narrative. Suddenly, the Pairs of Handmade Shoes of Christodoulos Panayiotou bring temporality to this useful object. Where is the owner of the green-moccasins? Made with leather from purses and bags that belonged to women close to the artist; the shoes address about craftsmanship behind their making; while transforming this pair of identical shoes into charged objects of affection. Undeniably shoes can be identity-makers but the tennis shoes in the rounded sculpture of Débora Délmar Corp Body Blend Trade Culture acquire a political meaning. The once-white Ked’s trainers have been stained with coffee, blending with the coffee trade in South America and its production, distribution and consumption. The tennis-shoes packed into one another into a spherical form then illustrate the circular on-going relationship between environment and trade. Circular is also the impossible stride that takes the work of Michela de Mattei — her singular ice-skate deformed is in its function; it can’t slide anymore, the slit-shoe(German for ice-skate) can only circularly go round and around — as the title confirms — a thinking that takes itself circularly.

Thinking about an interaction with the body, is another possible way to engage with these objects taking us back to the quote that gives the exhibition its title Feets, Don’t Fail Me Now. Tamara Henderson’spainting refers distantly to oniric and hypnotic experiences, when the body looses awareness and falls into streams of consciousness. Paul Kindersley’s video illustrate how feet can be failed by heels that are too high to govern in risky situations. Shoes become a performative element, an excuse and something to discuss about; displaying and parodying its power of shoes as conversational pieces; while also recalling the videos of Sylvie Fleury’s where shoes are contextualised, used and consumed. The photographs and drawings of Birgit Jürgenssen come from a shoe-serie part of her oeuvre realized between 1973 and 1976. An aesthetised ‘foot hold’, a radical exploration of the female body and of its cultural construction, in these works the body engages directly with the form and with the elements that make a shoe. An arm moulds itself to fit into a high heel and suddenly it’s the surrealism of what we see that captivates us, blurring the definitions of what a shoe actually is; displacing them from where they usually function: tied to our feet.

Feets, Don’t Fail Me Know refers to this possibility of putting gloves to our feet, to their forcefulness to live a different life from those feet that govern them. The shoes presented — crafted and sculpted; deformed and exaggerated; painted and recorded are a sample of the thinking of artists. Feets, Don’t Fail Me Now is a form of thinking around their practice with the most banal and humble and overseen object — a shoe without its purpose displayed for their manifold connotations; portraits of the artists that worked with, around and about them.