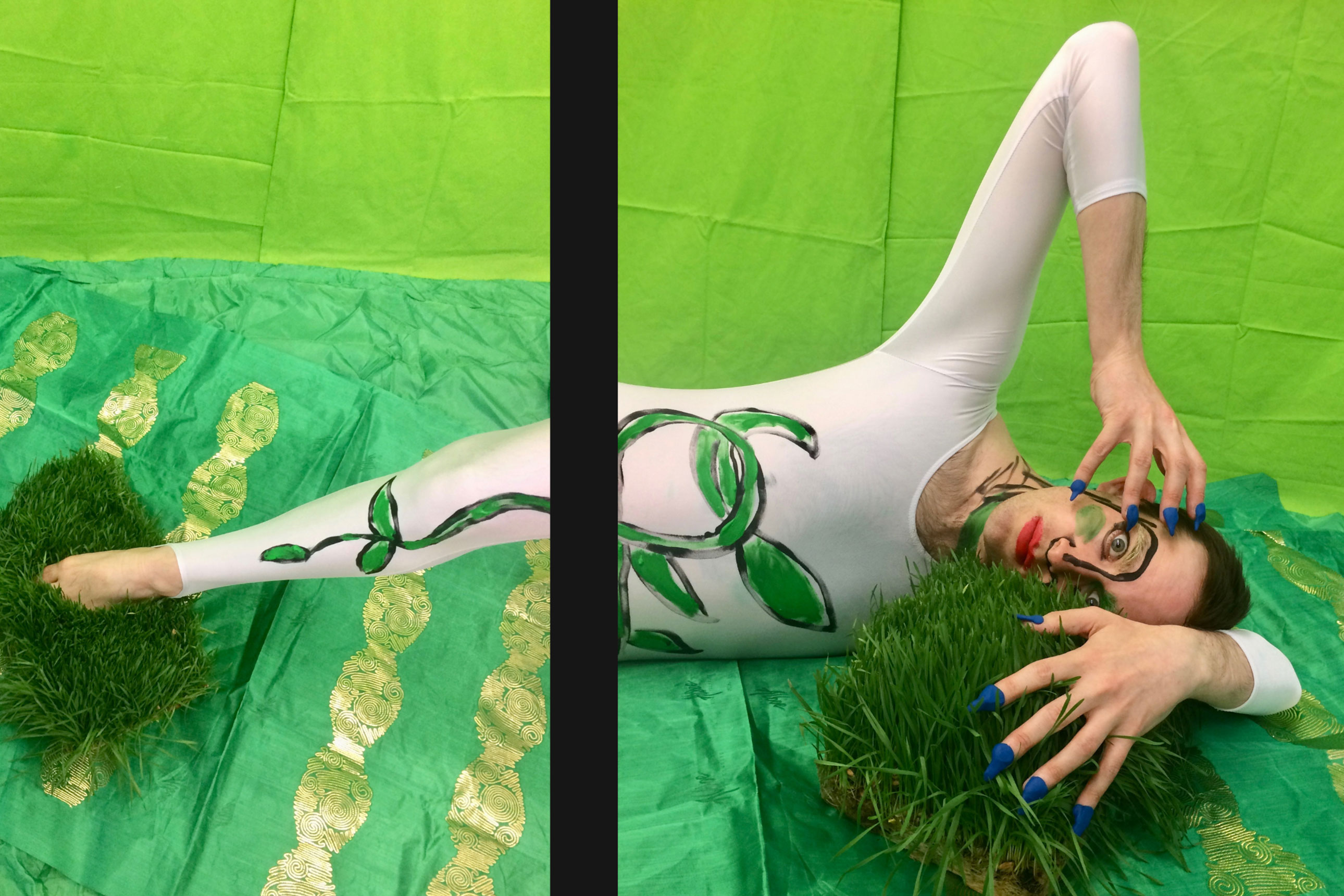 In late June 2018, Belmacz will present Fake Fairy Fantasies, a week-long exhibition by Paul Kindersley coinciding with midsummer’s eve. In a sequence of paintings, Kindersley has created a nocturnal fantasia of fairies, fauns and other beings skirting the threshold between the familiar and the fantastical. The fairy recurs, in a variety of guises, as a willed fantasy — as entrancing as it is fake.

Fake Fairy Fantasies will involve daily ad hoc happenings instigated by the artist, from ballet-inspired performances to lounging and drinking tea. The paintings encircling these events will hang as loose awnings, creating a labyrinthine theatre within which visitors become participants in a midsummer bacchanal. The frieze-like scene of cavorting bodies — a heavy-breasted dog, a baby, a giant urinating faun — has been cut with peepholes similar to those of ‘head in the hole’ seaside follies.

Kindersley’s paintings evoke the fairy as a metamorphic being – a shapeshifting revenant of art, literature and folklore. He has described the fairy as a source of escapism – a release from the boredom and constraints of the everyday. Fairies have often seized the imaginations of eminent, respectable men (Arthur Conan Doyle, for example, was entranced by the Cottingley Fairies trick-photographs of 1917): they are adult fascinations as much as childhood fictions.

In Kindersley’s exhibition, fairies offer a parallel world akin to the make-believe of ‘adult baby’ fetishes, or the communal playacting depicted in Lars Von Trier’s The Idiots (1998), where bourgeois adults realise their ‘inner idiot’. The escapism of the fairy is also expressed as a delving backwards in time. Kindersley’s characters draw inspiration from sources including Shakespeare’s A Midsummer Night’s Dream and Henry Fuseli’s painting after the play, Titania and Bottom (c. 1790), in which the queen of the fairies falls in love with Bottom, whose head has been replaced by that of an ass.

The sections of canvas and fabric on which the works are painted are ragged offcuts from Central Saint Martin’s school of art, where Kindersley works as a life model. The enchanting world of the fairy is conjured through rough materials, reflecting an underlying dissonance — discernible throughout the exhibition — between the beautiful and the base. The holes cut in the pictures allow viewers to assume personae ranging from a newborn baby to a half-expelled shit.