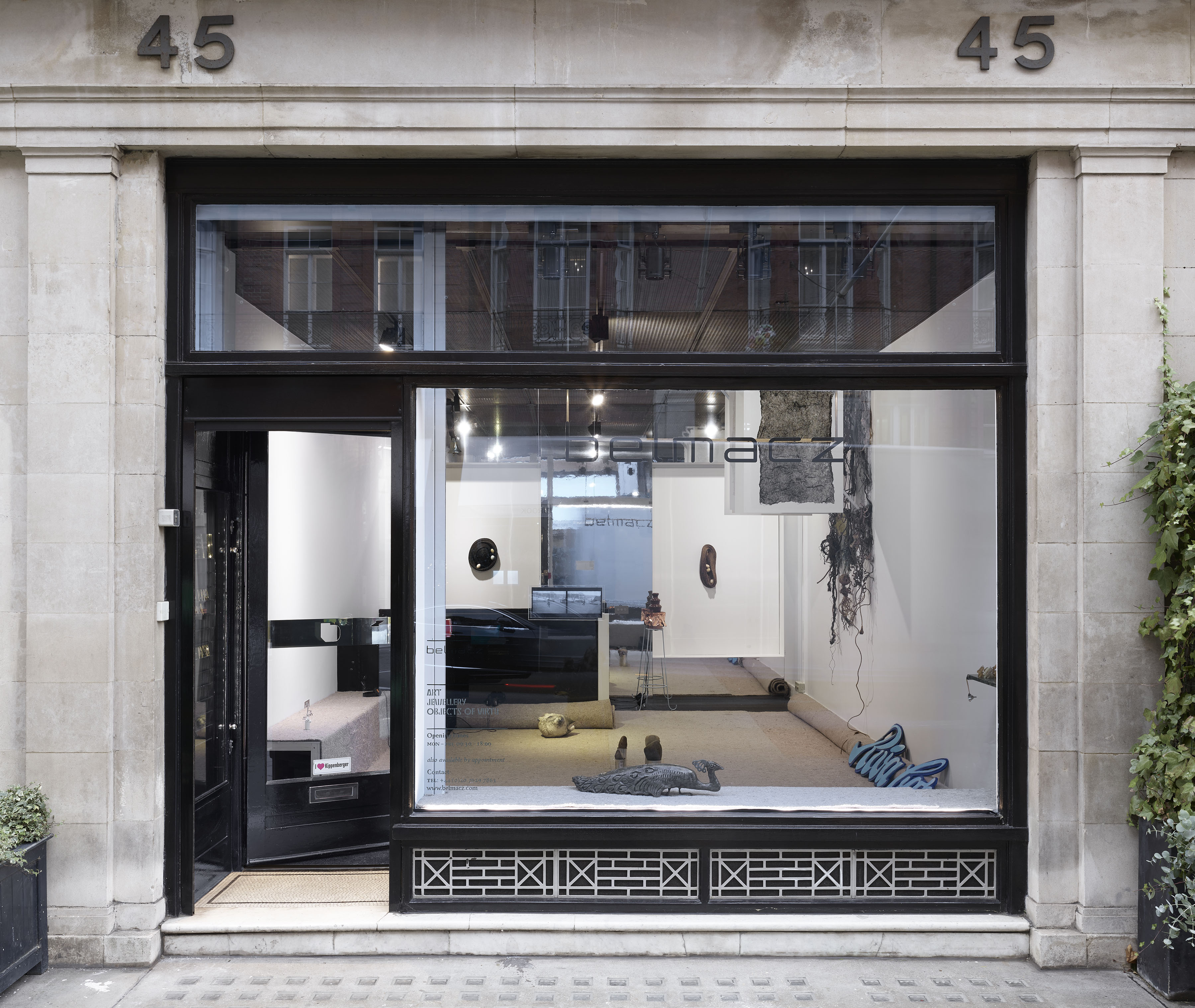 Belmacz is a space of innovation; a site for cultural expression and polyvocal conversation situated in the red-brick streets of central London.

Founded in 2000 by Julia Muggenburg, ‘Belmacz’ is a composite combining the male adjective ‘bel’ (from the French beautiful), ‘maximum’ (the Latin root), and the sublime letter ‘z’ (part of the Slavic ‘cz’). With a further reference to the iconic 20th century jeweller Suzanne Belperron, ‘Belmacz’ alludes to the gallery’s expansive out-look, as well as Muggenburg’s sensibility.

In 2010, Belmacz moved to its current site, a historic Victorian apothecary on Davies Street (Mayfair). Now transformed into a commercial gallery, Muggenburg has developed Belmacz’s roster of artists, using her conceptual stance to establish an annual programme of solo and thematic group exhibitions, itinerant events, and publishing projects; whilst also supporting artists by enabling their work to become part of private and public art collections.

Muggenburg’s vision for Belmacz was synthesised at Nottingham Contemporary in 2014, where she and the gallery were invited to curate Fourth Drawer Down, an exhibition that explored the intersection between art, anthropology and British history – a reference to, or rather a re-working of, historical Wunderkammer.

Gaining a reputation as a dynamic platform, Belmacz has become a site for artistic dissonance, cacophonies, and compositions – in short, a space for hosting discourse.