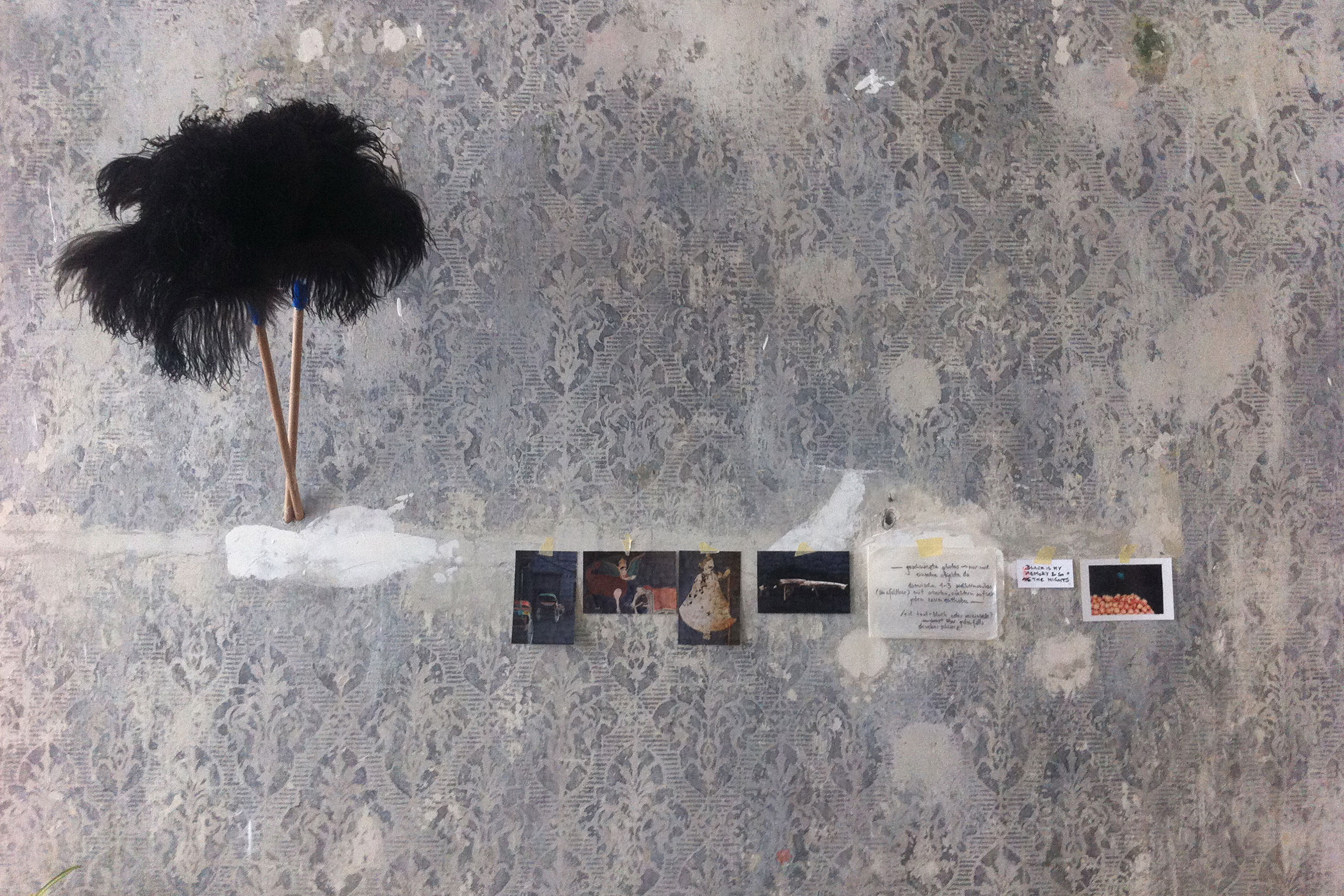 this is (not) the time to (get up and) walk away

this is (not) the time to (get up and) walk away is referring to a physical body as much as to an idealistic space, as much as to various objects and their intrinsic movement or stillness. While traveling or walking wherever to, Guggenberger finds it hard to ignore certain objects, like saddles or dusters or the crowns of dead saintly figures or rickshaw-covers or the sheepskin winter coats of shepherds or the goats of new year or megaphones or certain words and colors and surfaces.

All of those, taken with her or taken apart, transform into parts or evolve into characters, speaking in tongues, sometimes unheard of before, sometimes close to a source, and always starting to walk on their own after a while. This is not to say, that a certain context is to be muted. That would indeed be a criminal act. But then, who is it, telling us to sit down or get up and to run now! To run faster! To not think while moving backwards while making us believe that, indeed we are moving forward while insisting on this! One language while letting us ignore reference and frame – the world and its infinitely impossible paths. The impossibility is quite unreal, it is a lived moment for someone else, a tactile experience or a horrible bus drive, a nice scene passing by outside played against sandy rocks or a green oasis amidst brick buildings, a mattress used as wings for a common man or a duster in one context and the feather of a saint in another, where porcelain and concrete mean the same circumstance. Pre-modern modernities – a grave enlivened.

“And what do you call the surreal?” – “What goes beyond our poor limitations.”
— Jean Cocteau, Orphée, 1949

The exhibition is a reversed exhibition finding its resolution not in the opening but in the finissage on Thursday 28 September (6–8pm). Through movement of ideas and intuitions the artist discovered a kind of momentary stillness, an interruption in time.

“We live large parts of our lives in dream worlds.”
— Johanna Magdalena Guggenberger, 2017