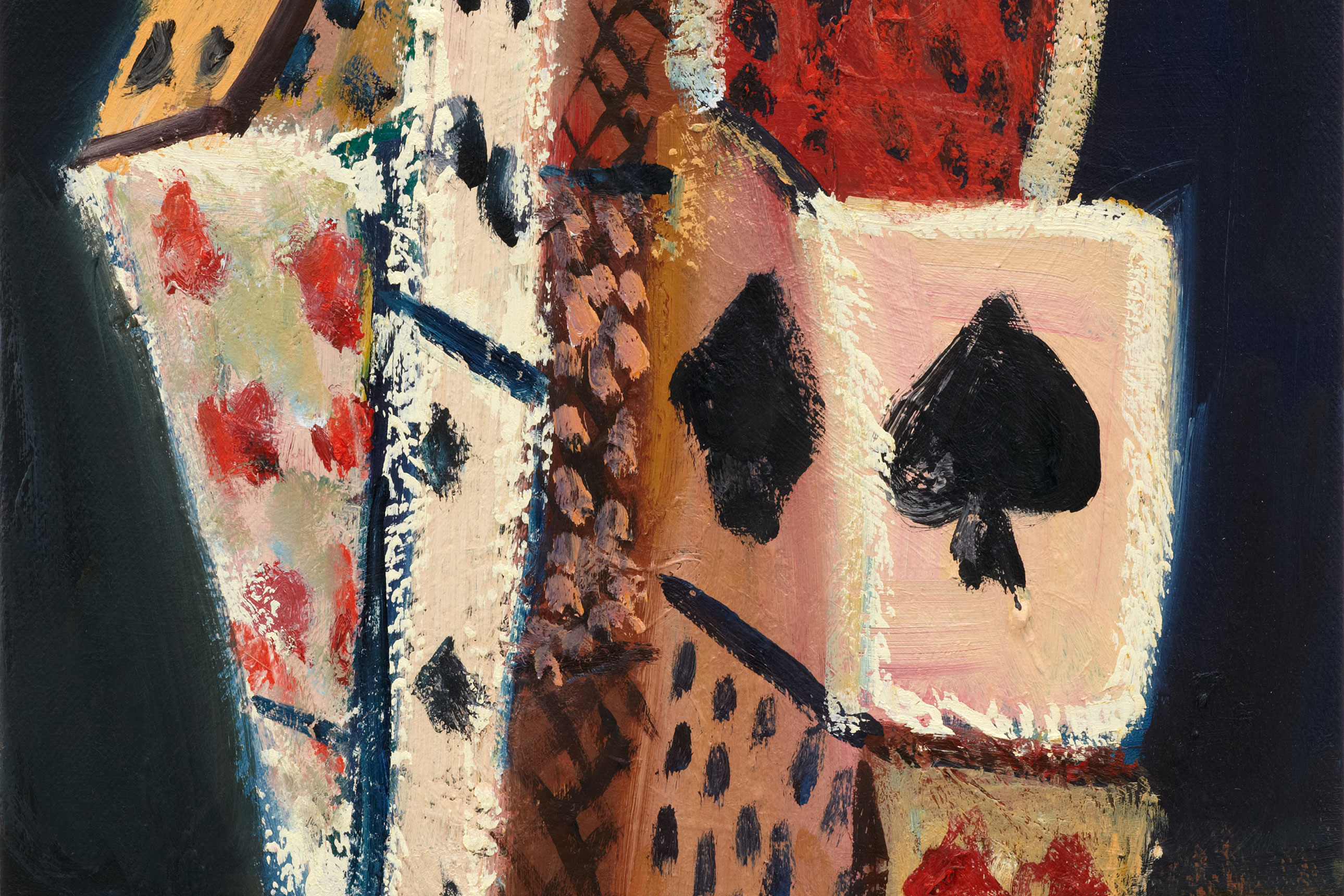 They Bloom at Night

They Bloom at Night represents a collection of work by Paul Housley that spans eighteen years of the artists’ career. The earliest works date from 1995 made whilst the artist was still a MA student at the Royal College of Art the latest are works made this year. The show aims to illustrate something of the range and ambition of Housley’s artistic output. He has worked in many mediums in both 3D and 2D and continues to explore new possibilities.

The earliest works are from a period where the artist often used text and has a predominately ‘low tech’ appearance, incorporating found objects, restricted colours and echoes of the art povera movement. Readymade Abstract is a case in point, a piece of faded striped material from an abandoned deckchair is stretched over a crude wooden frame to produce a readymade abstract painting which is offered as a kind of ego deflating sacrifice to notions of painterly skills and ideas of authorship.

Another piece from this period The Tennis Girl is a teddy bear painted garish purple and nailed directly to the wall by dozens of 4 inch nails, the title an oblique reference to an infamous Athena poster from the 1970s. Similarly the piece ‘This is a Wife’ operates somewhere between a painting and a sculpture , a paint laden tea spoon is attached to a small rectangular deeply stretched white canvas. Like much of his work these pieces operate as totemic objects, psychical manifestation rather than mere ‘pictures’, they are imbued with intellectual and emotional resonance, and vibrate with the hopes, fears and desires of the artist.

The years shortly after leaving college saw the artist making a large number of small scaled drawings and paintings, executed on reclaimed hardback book covers, these pieces were often figurative and of a darkly humorous nature and are represented here by a few examples that survived from that period.

Housley as shown over a long period of time has a restless inquisitive mind and a hunger to explore different mediums and genres within his artistic output. He has become increasingly interested in the historic traditional genres of still lives, portraiture and most recently the much maligned landscape. However the works he makes never simply slot into one genre or another but are rather a hybrid.

He refers to several works as being a ‘Portrait of the object’, the genre of portraiture and still life being melded together in the painting of ornament which takes on the aspects and psychological weight of a ‘self portrait’. Re-occuring motifs become characters in the ever increasing internal world of the artist. Objets and motifs begin to meld and interchange so the dots on dice take on the aspects of eyes and the darkened windows of the buildings he as recently started to paint.

His interest in the past and the artistic challengers that arise from engaging in the oeuvres of past masters is explored in depth in the essay ‘The River’ written by Martin Herbert for the artists recent monograph Music from the Studio. In it Herbert speaks of ‘life long engagement with forbears go on; an absorbing alternation of learning and intent looking, developing eye and hand, and seeking to overmaster the greats, or at least rise to their occasions. Painting in these circumstances is a clandestine language, fluently spoken — and heard as it were — by few. But spoken nonetheless. For artists who recognise the stakes at hand, the goal is to enter, progressively exhilarated, a living conversation spanning centuries, to jump in a deep and wide river and change its present course’.