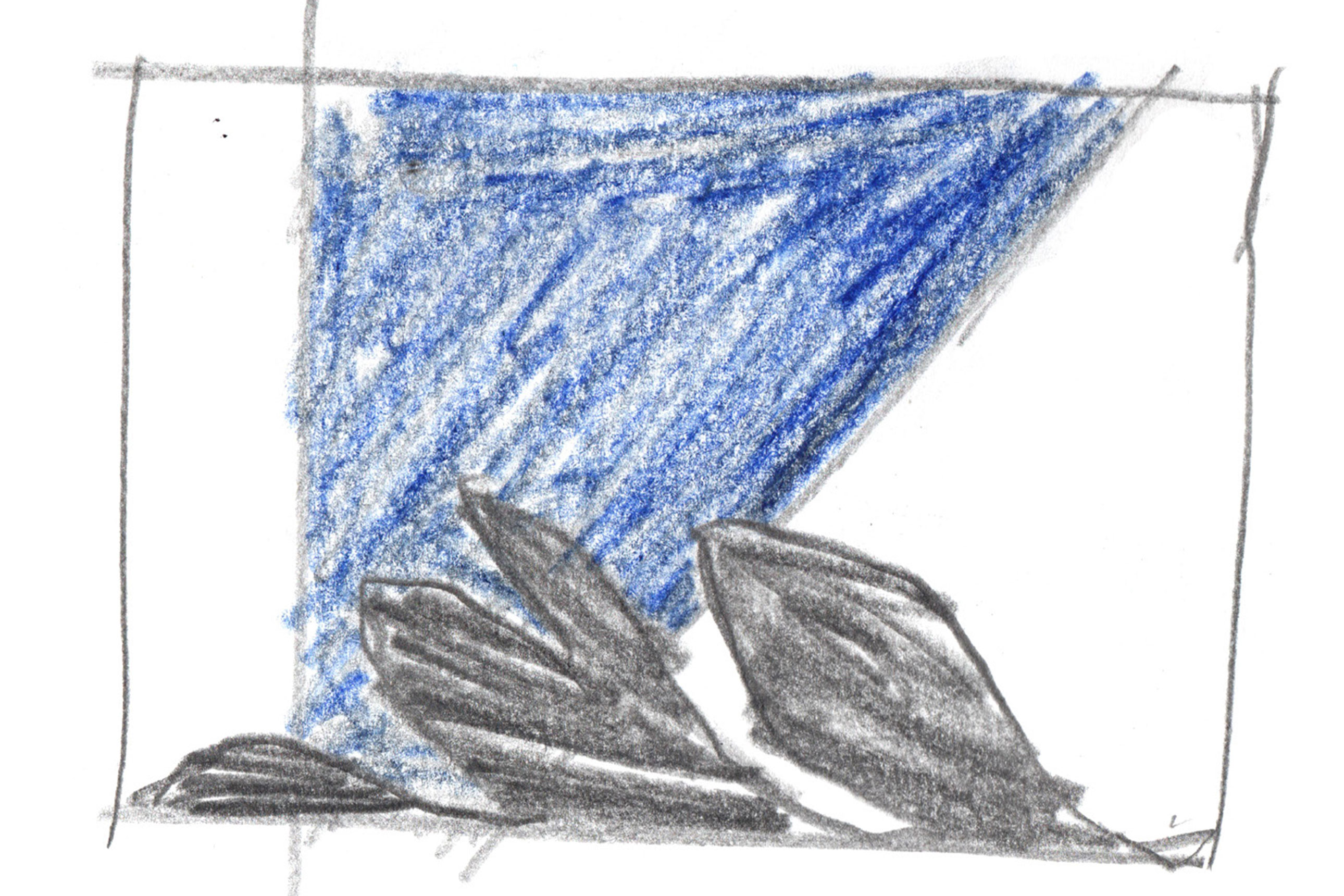 The radio was always on in the kitchen

The Hammer of the Gods

Guilherme Dable has brought the memory of his childhood homes to his first solo exhibition in London. If we think of memory as the territory in which we fictionalise the world and the home that shelters us — in anguish, in epiphany — this is a show of ghosts of houses, and those ghosts visit other houses: those that the artist has invented for himself, and which tell a little about himself to others. The radio was always on in the kitchen is a title with many ambivalent associations. Dable was a child in 1970’s Brazil, a country that had been recognized for the Bossa Nova of Tom Jobim, Vinicius de Moraes and João Gilberto; that had introduced the powerful lyrical repertoire of Chico Buarque and experienced the inventions of Caetano Veloso and Gilberto Gil in Tropicália — a movement that spread beyond national borders by merging Brazilian music with lysergic acid and electric guitars, and which took its name from a work by Hélio Oiticica.

But this exhibition is not really concerned with Brazil and its music, legitimised by good taste. The radio that the artist heard as a child came from the laundry room or service area, a space that even today is treated very differently in Brazilian homes. It was the radio of a population apart, of domestic workers who in those days were almost invisible: cooks, nannies, maids, daily staff. The sound of this popular taste — singers like Roberto Carlos and Odair José mixed with the folk repertoire of Rio Grande do Sul, the state of Dable’s birth — spread from the kitchen into the living area and other rooms. It continues to be a sign of a Brazil that other Brazils do not listen to and keep refusing to see. The silent violence of this suppression is contradictory, since it transforms this subdued nation into a force that seems to haunt, in the best sense, this whole body of work.

The exhibition title comes from the work of the same name in which a boiling kettle activates a set of microphones. As a possible metaphor for a polarized country at boiling point, the video works as both antenna and sponge of recent events in Brazil, which faces a political crisis triggered, among other reasons, by the sound from the kitchen, echoing the old slave quarters, now being heard. Apart from being tuned in to the events that surround him, Dable sets down the deepest roots of The radio… in his own career as an artist. Over the years, he has always considered music analytically, restoring its sensitive mathematics and distilling it into a range of sounds and silences. The particular synaesthesia of his Tacet series transposed the full and empty spaces of sound into a drawing driven by the play between mark and line, erasure and void. Yes, drawing. Opening his eyes and ears to a huge legacy (John Cage, Chelpa Ferro, Rebecca Horn), the artist now uses a kettle to turn steam into music and the microphone sound into drawing in the air. In the past, he has used a noisy floor polishing machine as his pencil, bending to its vortex of dance and its tracing of a random path¹. Floor polishers and kettles are household objects, however. In the Brazil of our childhood (we are both from the same generation), just as today, they are also the tools of work performed mostly by the more lowly classes.

Samba has not yet arrived² is an installation that fills the gallery, and whose title also relates to music. By referring to samba, the most recognizable rhythm of Brazilian culture, but choosing a verse that says that it “has not yet arrived,” Dable is perhaps pointing to two important issues. The first relates to his own development. Born in the far south of the gigantic country of Brazil, the artist has always found it hard to recognise the tropical references associated with Brazilian culture. The second is the idea of movement: “Samba has not yet arrived”, but it might be on the way, about to appear at any time. Or not. The song quoted in the title continues: “samba will not die / see, the day has not yet dawned.”

By singling out these two possibilities this work seems to lead back to an earlier one: the Shelterruin/Ruínaabrigo drawings, also shown in this space, in the 2013 group show Bar to the Future. Made for the floor, these drawings were installed in place of the gallery’s doormat as a mosaic of William Morris patterns — an important aspect of the visual history of the London home — produced in watercolour pencil. The drawings were then covered with a translucent perspex sheet cut with the patterns of cobogós, hollow tiles widely used in Brazilian modernist buildings. Visitors stepped on this set of references as they passed through the gallery entrance. If their shoes were wet, the water collaborated in diluting the watercolour through the negative space of the cobogós and reconfiguring the artist’s nod to William Morris. Drips made by chance, like the steam from the kettle and the dance of the waxing machine.

To look at Shelterruin/Ruínaabrigo after seeing Samba has not yet arrived becomes more significant, however, when we look beyond their formal elements to attempt a tour through their subjective and symbolic networks. Both works seem to address the passage of imagery, which is so important for someone coming from a country whose visual inventory began as mestizo, baroque, elliptical and itinerant. Interestingly, Dable’s two exhibitions in London seem to have had the same effect: stimulating the artist to see himself as a little more Brazilian, taking risks in works that immerse themselves dizzyingly in the exuberance and sound of the tropics, but also in its pain, its suppression and its immense melancholy.

It is also worth noting how the statement that the Samba has not yet arrived addresses the idea of home. While Shelterruin/Ruínaabrigo turned our attention to the floor, we are now invited to look at a huge fake tile panel panorama of different, seemingly disconnected images. The lyrical geometry of panels created by the artist Athos Bulcão for the modernist buildings of Brasilia now have some pieces missing, which are replaced by ordinary kitchen and bathroom tiles from 1970’s middle class Brazilian homes, as a DIY way of solving things. Those commonplace patterns come from the same kitchen of Dable’s childhood memory, where popular taste was amalgamated into tiles with a contrasting palette of flower pictures and reinterpretations of op art. Tiles are a crucial part of Portuguese culture, and are both part of Brazilian history and a strategic element of its modern architecture. But quoting from this repertoire, the artist chooses a memory that is filtered by a way of seeing that comes from the margins, from the kitchen, and diminishes the importance of the panels of those great halls or the taste that comes from the living room. This filter makes visible what has been suppressed, as we have seen. In this case, suppressed not just in Brazilian culture, but also in the art world and its discourses. We have neglected the symbolic, the applied arts and the popular; we have restrained poetry through a strictly formal analysis concerned with the “latest trends”.

Part of the strength of Samba has not yet arrived comes from something — actually, someone — that is not new, and who offers challenging obstacles to insistence on the exclusivity of formalism. The grey leaves occupying the walls and floor of much of this space, individually cut and hand-painted, lead us to Matisse, the quintessential painter-traveller and itinerant artist. Dable’s flirtation with the cut-outs of Matisse restores the possibility of bringing together painting, drawing and three-dimensionality onto a common and ancient surface: paper. The range of greys chosen for this work creates many connections. In art history grey is the passage from one field of colour to another, a bridge between worlds, light and form modulated in sfumato – brushstrokes as vaporous as the steam from the kettle. Ash³ Wednesday is the name for the day of regeneration after the excesses of carnival, before the restraint of Lent, noting that the samba can be as sad as Dry Leaves⁴. Matisse travelled to Morocco, made stained glass windows and murals and was called a wild beast, with no fear of being labelled exotic or decorative. Here, in another time, Dable creates a mortar of disparate and somewhat shameless references to build walls and spread these singing images on the floor. Their sound is muffled but steady and consistent. The hammer of the gods.