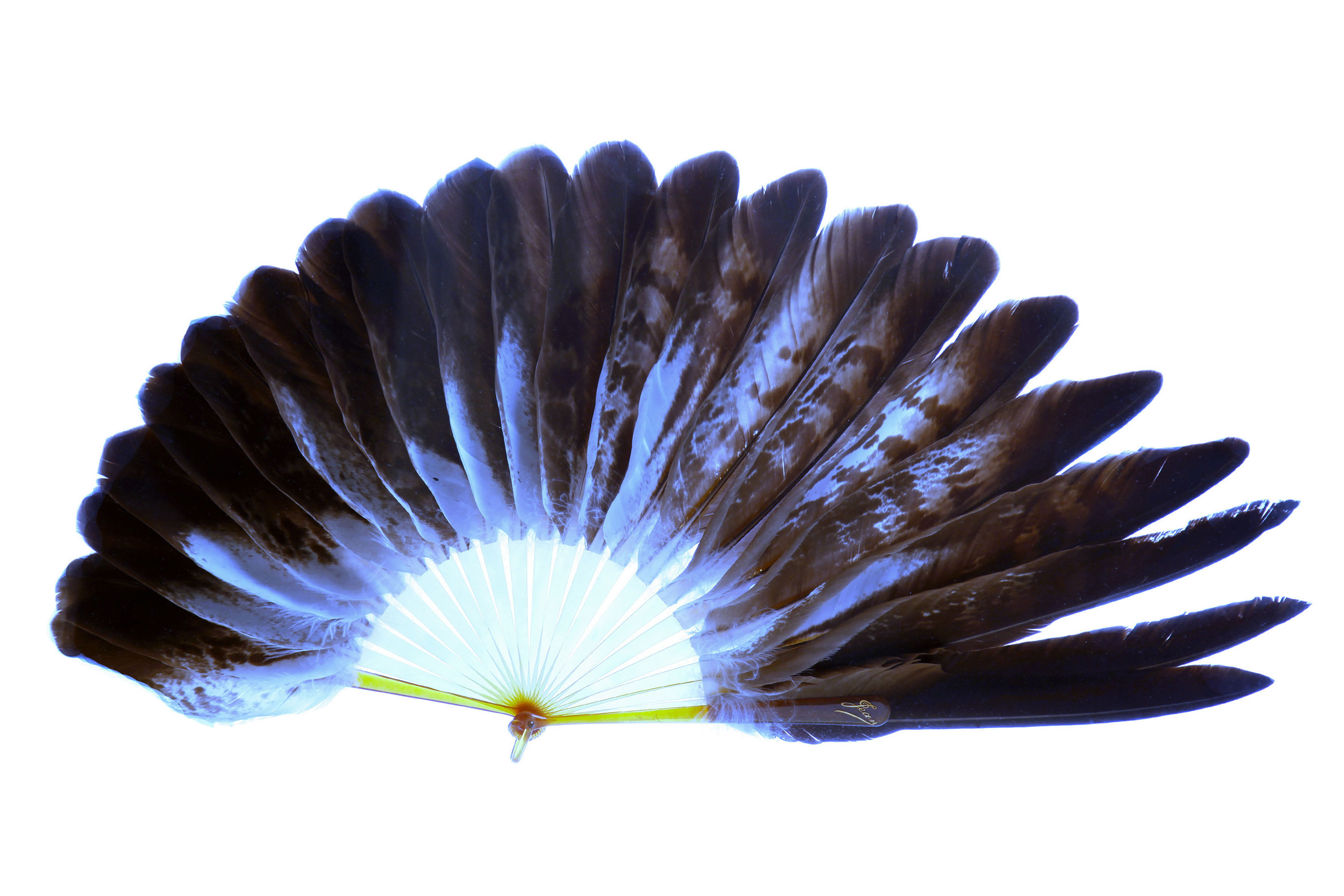 Julia Muggenburg is pleased to announce the exhibition Protected Space which pairs the artists Jonathan Baldock and Coco Crampton and their site specific work, that stems from the conception of the hand held fan. Fans are curious objects that have spanned millennia and have been used to give a sense of shelter, to fan air and fire and to conceal from the sun.

A mechanical sculpture that became more ornate over time and was made from a multitude of materials as diverse as the cultures that used them. Imagery was introduced depicting legends and stories, such as high and low scenes of Arcadia until finally it was used as a form of advertising novelty goods; perfume, air travel, restaurants etc, which were hand painted or printed on to them to carry the message. Its structure was based and evolved from the shape of a leaf.

What began in nature and evolved as a complex device ends up now as obsolete due to the demands of today. Looking at fans one easily connects to its multifaceted functions, however we must not forget that in Europe an actual language of the fan etiquette existed which allowed individuals to conduct secret communications and silent flirtations.

The artists have divided up the Belmacz space to create a sympathetic dialogue around this theme and its conditions. Both are concerned with the tensions and dilemmas that lie between form and function.

Jonathan Baldock’s multi facetted and multi disciplinary practice; sculptures, costumes and masks that are worn in performances are all a form of transformation, which is a reoccurring theme in his work. His costumes become a new skin to live in, a place of concealment and protection, the masks a place where you can ‘be yourself’. His sculptures are like totemic devices that invite one to interfere or tamper with. Baldock creates a visual language using ordinary materials that are more commonly used by a crafts person, bringing the materials and costumes to life by the performative side of his practice.