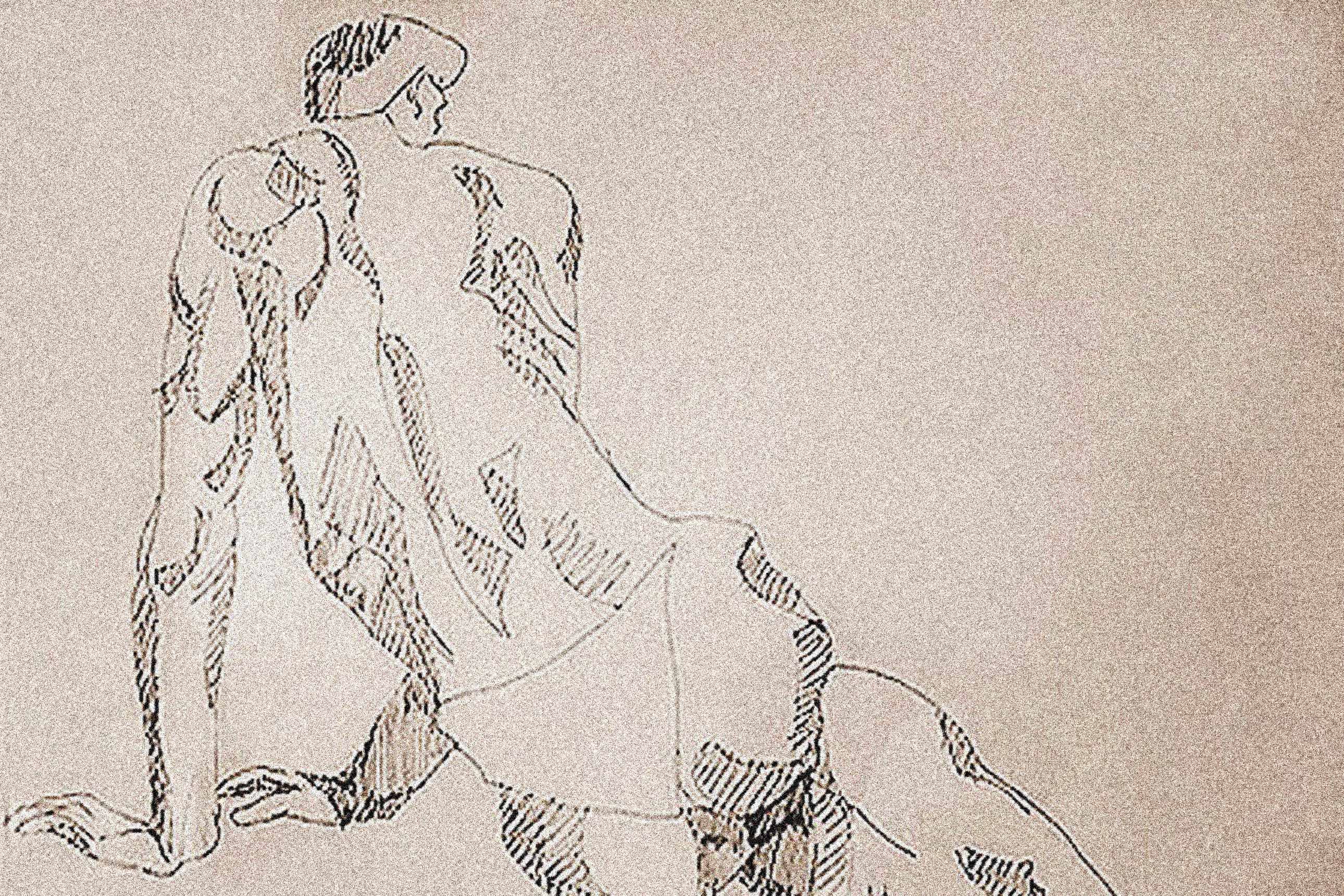 “The west has a special relation to the forest, and deforestation …the east presents a different figure: a relation to the steppe and the garden, rather than the forest and field; cultivation by fragmentation of the individual… confined to closed spaces or pushed out onto the steppes of the nomads”.¹

In his manifesto VORTEX Henri Gaudier-Brzeska described the way that different people throughout history have adapted the landscape, moving from forest dwellings to cultivated settlements, ‘They elevated the sphere in a splendid squatness and created the HORIZONTAL’.² Along with many of his time, Gaudier-Brzeska saw the East as a place where society had developed differently, into an esteemed culture with a distinct, reflective and spiritual identity. He was fascinated by the way that writing in Eastern countries had interwoven visual and verbal forms to connote meaning, with each character having a plastic quality.

Cultural and social development is dependent on a number of mechanisms that produce meaning. One of these key mechanisms is language. In the action of producing written language a colloquial ensemble is given standardised form. Punctuation becomes the visual structure surrounding, framing and nuancing meaning. With the tension between colloquialisms and standardisations, these marks are a consistent code, analogous with a city’s signage that sits above its layers of architecture. In Phil Root’s work we find natural forms and pattern: pattern obscuring, decorating, repeating dumbly, expressively: pattern as pattern and pattern as content. Some paintings are like obscure diagrams; others are pictorial. Some are given a framework; others step out across the space. A few speak of loss with figures, wings, fragments always moving, not frantically, but silently leaving the plane of the work. There is action in the marks of the painted surfaces but the images above this surface drift, or step purposefully and calmly. The ceramic paintings are soundless too: potent images of the mechanisms of speech.

Dates and references move freely across all works here, creating non-linear patterns alluding to but denying Gaudier-Brzeska’s narrative in which cultural evolution leads to one successful point. The pots make reference to an earlier folk culture; with their glazes dribbling and spluttering they play off the subjects in the paintings creating an obscure rustic language, a moment before modernism and its codifying structures. The Speech Ensembles bridge the gap between the architectural use of language and its structures and vernacular rhythms tied up in hand-made ruralism. Paintings and ceramics are huddled together and pulled apart across the space creating bodies or sentences, fluid yet defined.