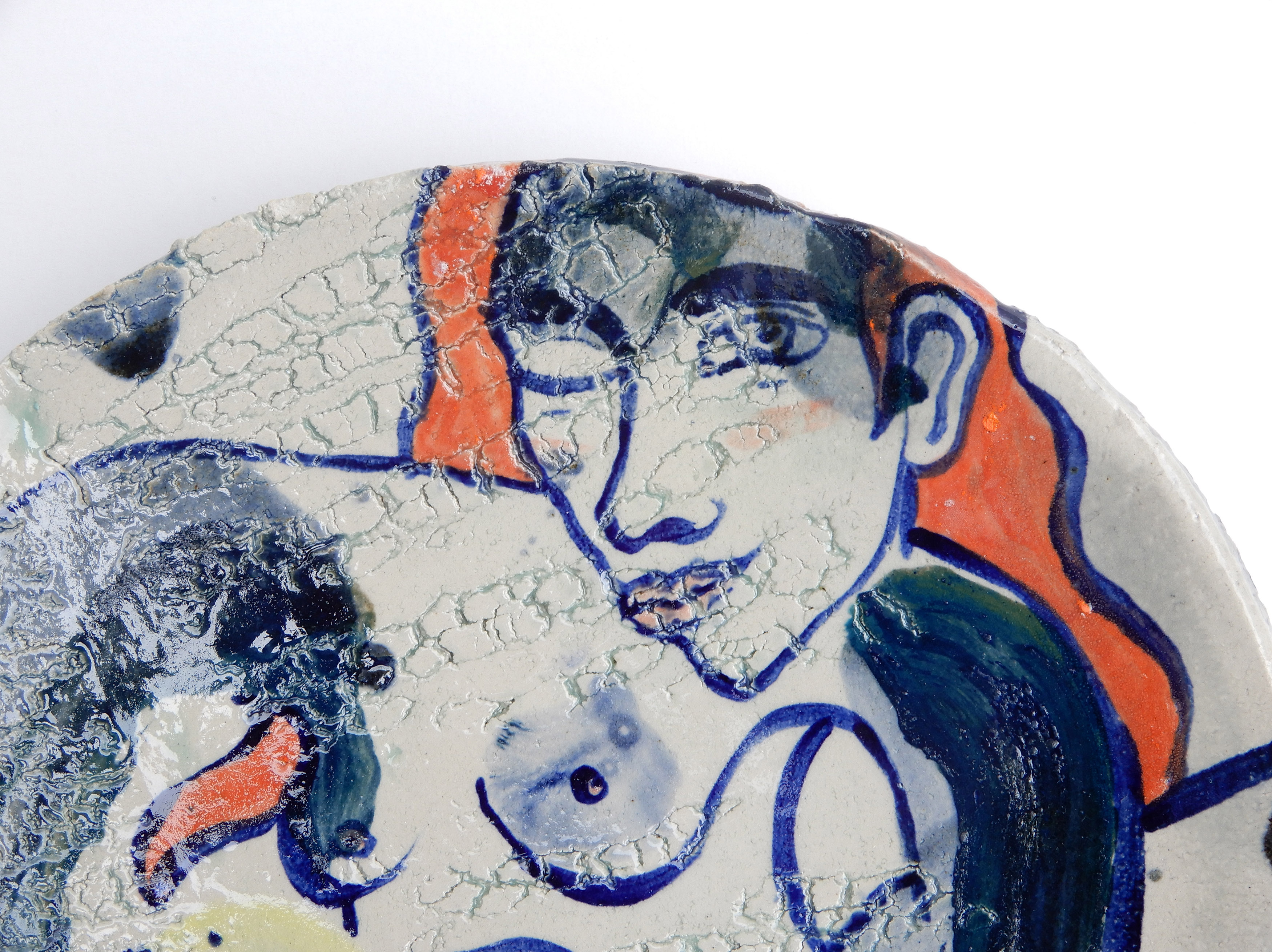 Fresh out of the kiln, we are happy to announce an off-site presentation of Paul Kindersley’s new series of ceramic works. Envisioned by Silka Rittson Thomas, Meander, situates Paul’s homely wears alongside the natural bounty of a seasonal garden.

Made in collaboration with Dutch ceramicist Els Bottema, in this series the pair utilise a range of ceramic techniques – from hand forming to slab building – intuitive approaches to glazing and experimental methods of firing to explore the alchemy of making. In this way, the relationship between ‘art’ and ‘craft’ is stretched, creating a push pull tension through ceramic formality and painterly abandon; a tension that imbues these clay forms with a lusty energy and unpredictable playfulness. Working with this sense, Paul’s figurative adornments – composed of skeletal line and gestural splurge – further the animism of these otherwise domestic objects.

More than fanciful decoration, here Paul has given a new primacy to his characterful forms. Recalling the liturgical and symbolic function of ceramics, the twisted bodies pictured allude to fabled myths and kinky stories – those at the furthest reaches of Paul’s mind. Alongside exuding narrative, Paul’s figures intrude on our interactions with these tablewares: outstretched arms tickle our fruit, lips kiss our own as we drink and eyes stare at our companions as we make small talk. Combining form and function in a uniquely ‘Paul Kindersley’ manner, it is not clear if these ceramic pieces and the friezes that adorn them are offering us protection or coyly chattering behind our backs.

Curated with plants, seeds and blooms from Silka’s Oxfordshire garden, Meander, is a continuation of a conversation between the pair. Expressing a sense of magic, the mise-en-scène will create a winter garden – one teeming with imaginative improv-ability.

Paul Kindersley (b. 1985, Cambridge, UK), graduated from Cambridge Regional College, before studying Fine Art at Chelsea College of Art & Design. Abundant in their otherworldly unfolding, Paul’s work takes up the mantel left by whimsical intellectuals, such as the Bloomsbury Group. Brought to life through drawing and performance, stage/script and video/film, Paul creates paracosm-like realities filled with absurdity, chance, and lashings of kitsch.

Paul lives and works in London.