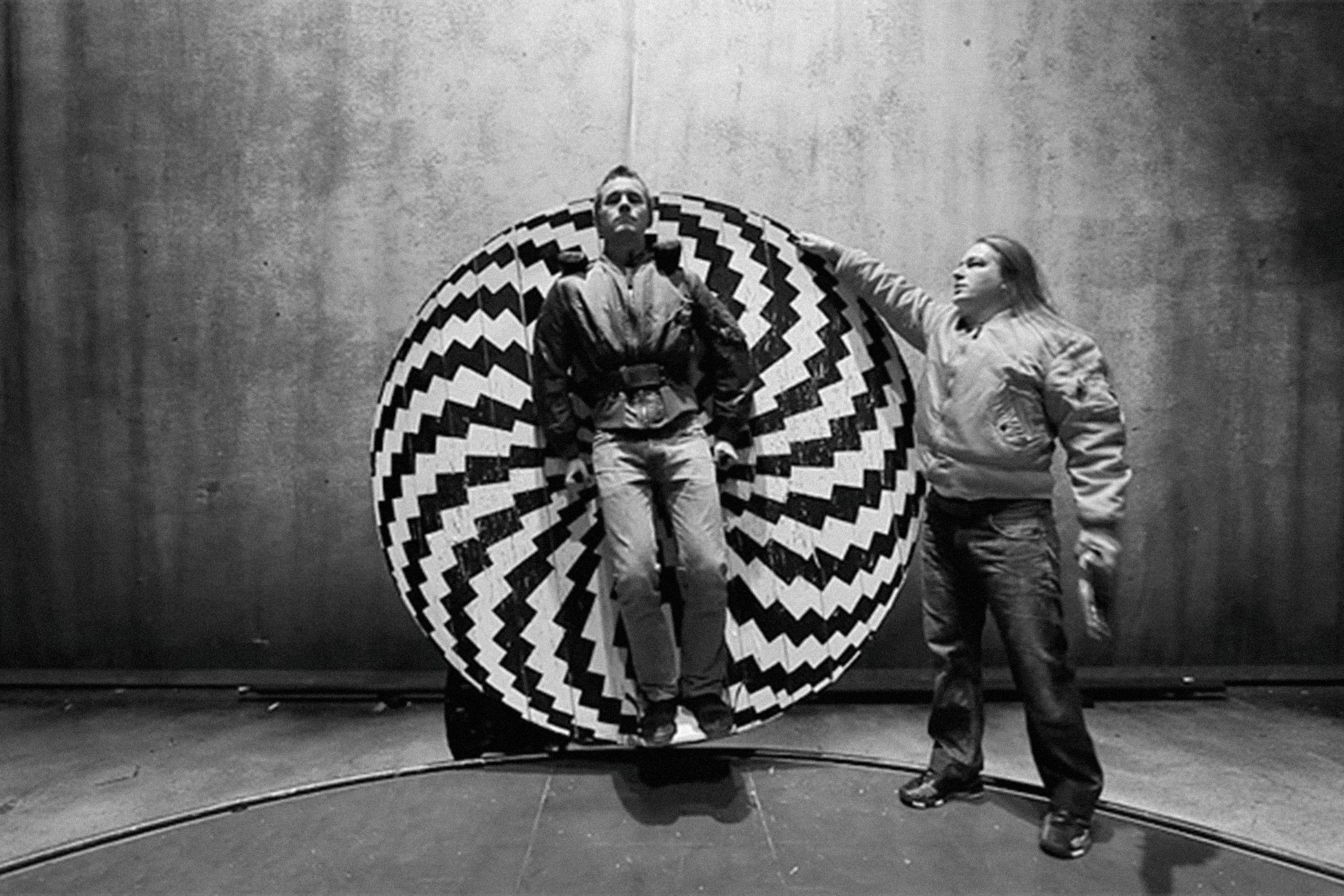 Simon Mullan’s new video piece is premiered at Belmacz, London. The latest video piece by Simon Mullan was shot and produced in Stockholm in May this year with one of the last remaining knife throwers worldwide. The artist becomes the focus and he is also the target.

Here a confrontational encounter is witnessed between the performance artist and the knife throwers. Mullan choses to be subjected to an old ritualistic fairground act. Central to the piece is the two man facing each other in their roles and respective professions. The performance is punctuated by the rhythm of the knives piercing into the turn table also known as the “wheel of death”. The artist is deliberately encountering a feeling of mortality, total helplessness and compliance while there is an anticipation felt from him as well as the viewer. Curiosity and arousal of the ten knives being thrown ceremoniously and intermittently at the artist transport the viewer into the artists place. With the fortuitous outcome a sense of relief is felt at the end of the performance.

Simon Mullan is searching in all his work for the point of no return. He is also addressing the questions of masculinity, machoism, innate fear and pathos. The notion of drama is elementary.