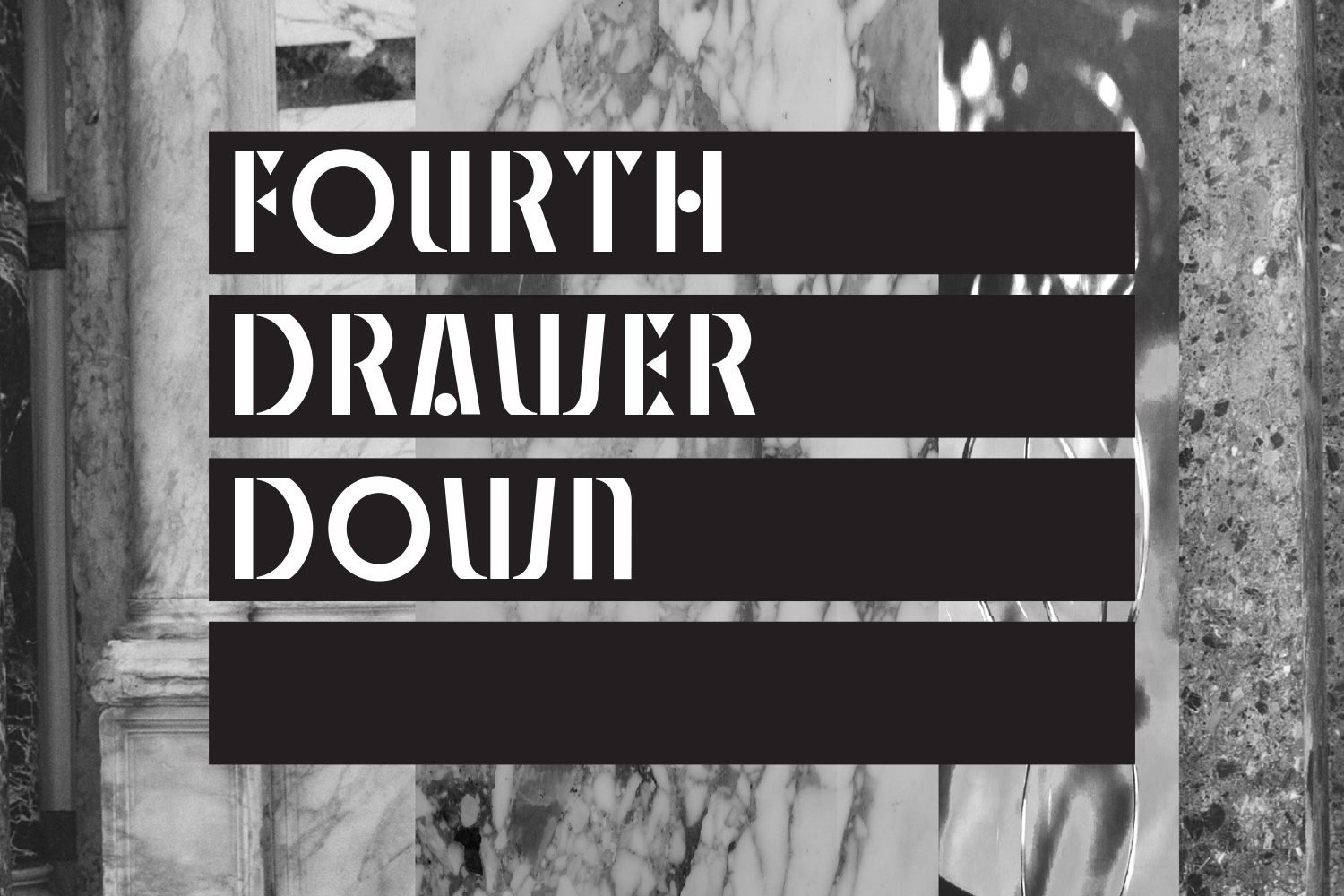 Julia Muggenburg is pleased to announce the exhibition Fourth Drawer Down which was conceptualised for The Small Collections Room at Nottingham Contemporary.

Muggenburg is interested in how art, self-adornment, objects of virtue or general use, historic and archaeological finds inform one another to give a kaleidoscopic view of life in what she terms as eccentric Britain. The title of the show stems from the second album of the Scottish band The Associates, released in 1981.

Muggenburg explores the notion of constructed identity through her personal collection as well as the mechanism of the Wunderkammer as a contemporary idea and method of display. The collection reflects upon the intersection between art and anthropology, where historically the Wunderkammer was seen as a microcosm of the world beheld by a single person. Showing diverse arrangements Muggenburg is highlighting their use, symbolism, cultural and historical meanings. From the anthropomorphic Mayan painted terracotta Mother and Child Whistle or an English hand-turned Blue John Bell Pulley, to silver Mast Coins used on warships as a maritime tradition to act as motivation and reward for canonnier; the show intends to engage the viewer.

Ancient materials and shapes are an influence on the Belmacz jewels Muggenburg creates, often using special materials like Whitby jet or fossilized dinosaur bone. Muggenburg’s keen interest in innovative artists of today drives her to seek art works that strike her as interesting and a catalyst for change.