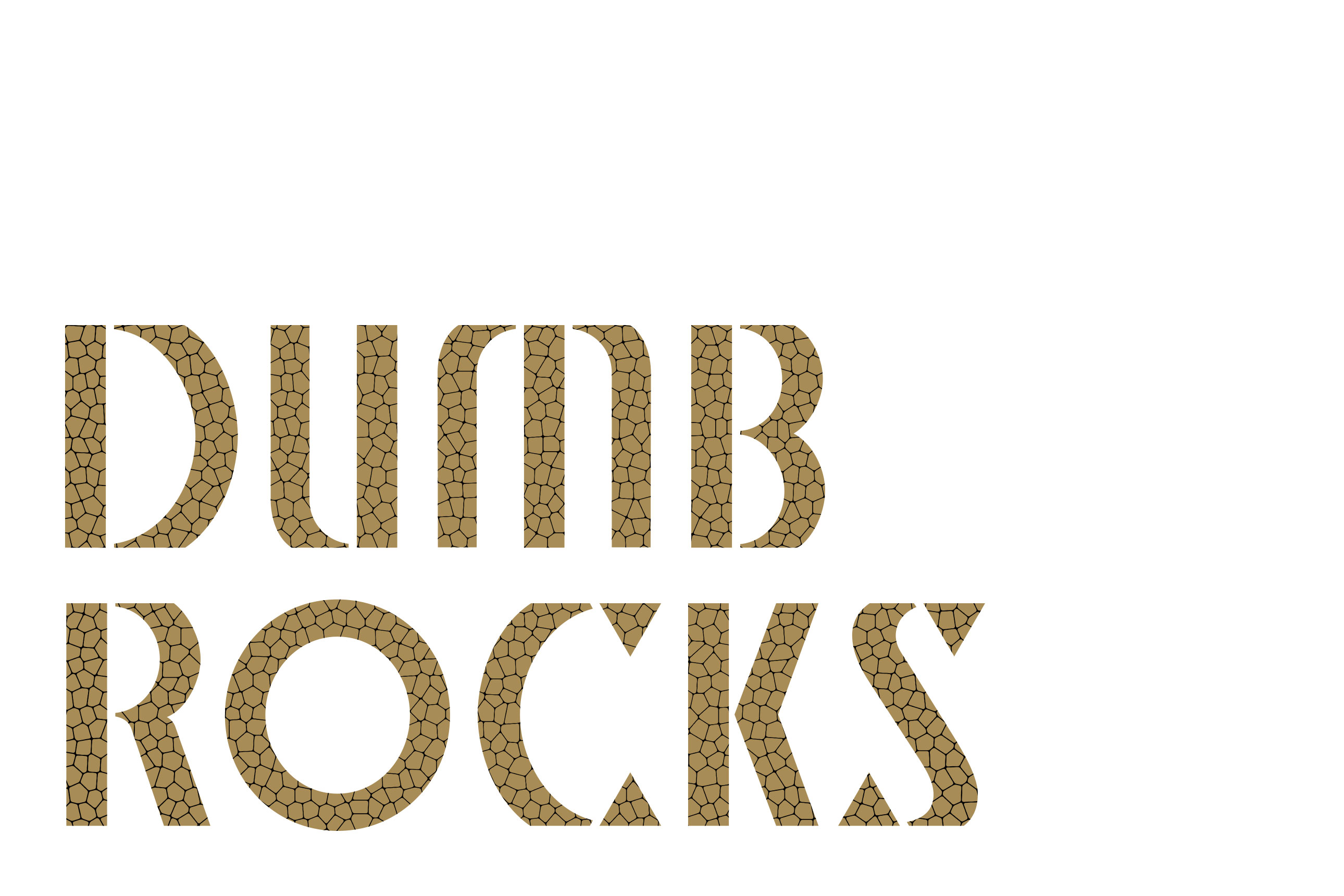 “…Well Frank, as we know billions of years ago the world was a molten mass, and over time and for reasons unknown to man, the earth cooled and formed a hard crust, this crust is what we today call ‘rock’”. ¹

As an exhibition Dumb Rocks intends to set out a discussion between the works, centred around a phenomenological inquiry into the essence of Art. What is the relation between the objectivity of an Artwork – that is, its material being as an ‘object’, and its nature as an ‘artwork’. To what extent is the material ‘objectivity’ of the work essential or incidental to the work? And how does its form carry the work’s concept or lack thereof?

As viewers we bring our own sense of ‘subjectivity’ to the gallery or exhibition space — It is our own ‘internal voice’ that tries to make sense of or form concepts of the Artwork presented. One could say that mute or dumb material is activated into being by this voice. Powers of cognition/recognition equip us with the tools to make value judgments on the objects before us. The seemingly immutable has the potential to become Mutable. Nature’s boulder can become a table, a bench, and a pedestal whilst remaining all along merely the stuff of geological intrigue.